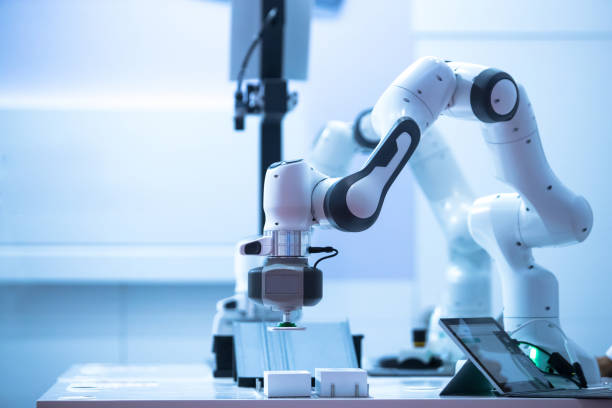 The concept, design, construction, and use of robots are all part of the engineering discipline known as robotics. The goal of the robotics industry is to develop intelligent devices that can help people in a variety of ways. Numerous configurations of robotics are possible. A robot may look like a person or it may take the form of a robotic application, such as robotic process automation, which mimics how people interact with software to carry out routine, rule-based tasks. Although the study of robotics and the investigation of the capabilities and possible applications of robots has expanded significantly in the 20th century, the concept is definitely not a new one. Industrial robots and a wide variety of other robots are utilized nowadays to carry out tedious tasks. They could appear as a robotic exoskeleton, a robotic arm, or more conventional humanoid robots. Manufacturers and warehouses employ industrial robots and robot arms.

Robots are flexible in that they can operate in any setting and are consistent and accurate. Humans no longer need to perform hazardous jobs because robots can work in those conditions. They are capable of handling repetitious jobs, dangerous materials, and heavy lifting. This has helped businesses avoid numerous mishaps while also saving them money and time. Robots are utilized in the medical industry for complex procedures like prostate cancer surgery. Robots are more accurate because they can fit and reach in places where human hands cannot. Less intrusive operations and less pain for the patient during the healing process are two potential advantages of robotics in the medical profession.

A robot or robotic system’s actions are guided by a combination of computer programming and algorithms, a remotely controlled manipulator, actuators, control systems — action, processing, and perception — real-time sensors, and an element of automation. Robotics can also be used in the following areas:

Intelligent robots must gather knowledge from human input or sensors in order to learn. The processing unit of the robot will then compare the recently acquired data to information that has already been recorded and forecast the best course of action based on the data it has acquired. It’s crucial to realize, nevertheless, that a robot can only handle the tasks for which it was designed. It lacks the capacity for general analysis.

Robotics for harsh environment:- Rapidly identifying disaster prevention strategies and getting aid to victims during the first few hours after a disaster can save lives. Recent years have seen a lot of focus on the advancement of robotic technology in harsh environments, such as nuclear inspection and decommissioning, offshore energy and maintenance, space research, and deep mining.

Agricultural Robots:- By the near future, there will be 10 billion people on the planet, which would result in a 30% increase in demand for agricultural products. The size of the problem is made even more difficult by the availability of labor and natural resources; as a result, the only way to spark a third agricultural revolution is through scientific and technical advancements (such as agricultural robots). Instead of replacing farmers, agricultural robots will increase their added value while maximizing yield and making the most use of available resources.

Robotics for monitoring infrastructure:- To monitor and evaluate the state of structures, a sizable number of sensors and sensing systems have been created over the past few decades. For the integrity and safety of civil structures such buildings, bridges, power plants, off-shore structures, and tunnels, structural health monitoring (SHM) is a crucial part of civil engineering. Modern robotic, automation, and sensor technologies can substantially simplify the automation of infrastructure systems during development. Robots with specialized locomotion systems for SHM applications have just lately been created, allowing them to move about the structures being investigated.

Transportation-related robotics:- The logistics and transportation sectors are growing thanks to robotics. Robots can drive independently to a destination and calculate their precise position and route when surrounded by radio transmitters, vision cameras, magnetometers, LiDAR, lasers, and other sensors that can detect obstacles. They are also outfitted with digital maps, navigation systems, and sensors to identify obstacles. They can recognize urgent circumstances with the aid of sensors and react accordingly, sharing the road with pedestrians and other cars. Transport automation could improve security, dependability, and effectiveness. Infrastructure, rules, and attitudes must change for the impact to be fully realized. Companies are already spending to transform private and business travel, from self-driving cars to robot buses that are now being tested on European streets to drones that are expected to build an entirely new urban transportation system.

Social care robotics:- Although there are many successful tech innovations taking place at the frontlines of social care, there is a real opportunity to unleash a new wave of innovation that could have a revolutionary impact on how care is delivered and how patients interact with professionals to manage their own health and care. This is because both medical and digital technology are currently underutilized. AI, connected data, robotics, and autonomous systems, as well as digital infrastructure, have the potential to completely change how elderly and disabled people receive social and medical care.