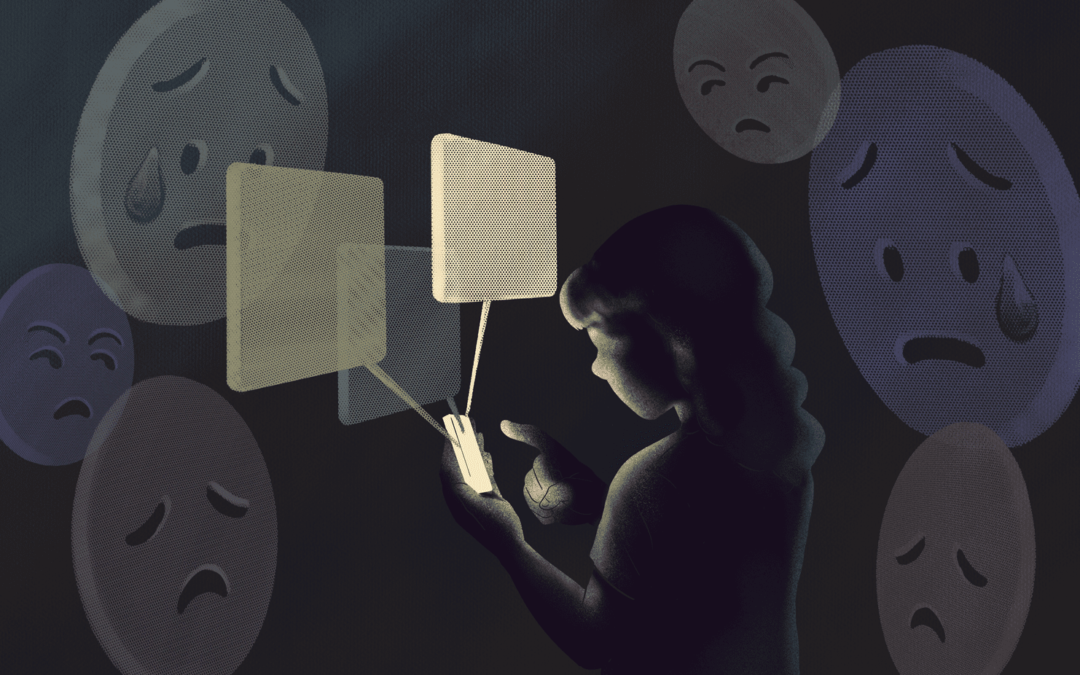 According to some experts, social media and messaging are to blame for kids’ increased anxiety and low self-esteem. When socializing online, there are significant distinctions. Teenagers are less aware of things like facial emotions and body language. Misunderstandings and resentment may result from this. It can also increase the intimidation of face-to-face communication. Kids frequently experience self-esteem issues when they observe how flawless everyone else online appears to be. Teenagers frequently attempt to make up for this by posting images of themselves that are flawless. Then, when their social media persona doesn’t correspond with how they genuinely feel, they may have worsening emotions. By providing a positive example of how kids utilize technology, parents may assist. When you are around children, try to give them your whole attention. Create tech-free areas in the home and times when no one is using technology.Get children involved in a hobby or activity they enjoy to help them develop their self-esteem. Kids are happy when they learn to value their abilities over their appearance and possessions.

Many parents are concerned about the potential developmental effects of exposing their toddlers to technology. We don’t want hours spent bound to an internet to slow down the astonishing rate at which our toddlers are picking up new social and cognitive abilities. Too few of us, however, are focusing on how our teenagers’ use of technology—which is considerably more intense and intimate than a 3-year-old playing with their father’s smartphone influencing them during this equally critical time of rapid development. In fact, experts are concerned that texting and social networking, which have become so central to teen life, are raising anxiety and degrading self-worth. Young people claim that there may be valid reasons to be concerned. Research surveyed on 14 to 24 year old’s about the effects social media platforms had on their health and happiness. According to the survey’s findings, Snapchat, Facebook, Twitter, and Instagram all contributed to rising levels of anxiety, loneliness, and negative attitudes toward one’s physique. Teenagers are experts at keeping themselves busy in the hours following school until well after it is time for bed. They are online and on their phones, texting, sharing, trolling, scrolling, you name it, while they are not completing their homework (and when they are). Teenagers naturally kept themselves busy before everyone had a social media account. Although it may have appeared to be a lot of aimless wandering, what they were actually doing was learning new skills, practicing them, and engaging in a ton of tiny real-time exchanges that kids today are missing out on. Teenagers today are being taught, among other things, to communicate primarily through screens rather than with actual people.

Clear communication is undoubtedly limited by speaking carelessly, but this is not the only problem. Growing up involves taking risks, and one of the most important parts of that is learning how to establish friends. This holds true both for making new friends and for keeping existing ones. It takes courage to express your feelings honestly and then listen to the other person when there are issues that need to be resolved, no matter how big or minor. Part of what makes friendship interesting, exciting, and dangerous is learning how to cross these bridges successfully. However, youngsters are doing this in a context devoid of many of the most intimate—and occasionally intimidating—aspects of communication when friendship is conducted online and through texting. Less is at risk when you text because it’s simpler to remain vigilant. The impact of your comments on the other person is not something you can hear or see. Since the dialogue isn’t taking place in real time, each party has more time to think about their response. Calling someone on the phone necessitates more direct conversation, which might be frightening if you’re not used to it, which explains why kids complain that it’s “too intense.” If children don’t spend enough time interacting with others and having their needs satisfied in real life, many of them will grow up to be adults who are afraid of talking, which is the fundamental form of communication for our humanity. And of course social discussions only increase riskier when people get older and begin navigating sexual relationships and work.

For teenagers, peer approval is quite important. Many of them worry about their reputation and it can seem just as important to them. Add to that the fact that youngsters today receive real polling data via things like “likes” on how much people like them or how they look. Anyone’s head would turn at that. Kids may therefore spend hours modifying their online personas in an effort to provide a perfect image. Teenage girls agonize over selecting photos to upload online as they sort through hundreds of pictures. Boys stretch the boundaries as much as possible in the already permissive internet environment as they fight for attention by out-grossing one another. Although teenagers have always done this, the rise of social media has presented them with more opportunities—and dangers—than before. The strain is only increased when children read through their feeds and see how wonderful everyone else appears to be. We are never truly alone thanks to new technology, especially smartphones, which has brought about yet another significant development. Kids use apps that constantly update their location to their peers, share what they’re watching, listening to, and reading, and change their status. A person is never too far away from a text message, even if they aren’t actively trying to keep their contacts informed. Children experience a hyperconnected sense of community as a result. There is always something fresh happening, and the conversation never needs to end.

In the midst of all that hyperconnection, it’s shockingly simple to feel lonely. Kids today, for one thing, can tell when they are being ignored with dismal certainty. Everyone has a phone, and since most of us react to things fairly quickly, the silence when you’re waiting for one that doesn’t come may be deafening. The silent treatment could be an intentional slight or simply an unfortunate byproduct of an online adolescent connection that begins fiercely before fading away.

How should parents respond?

The best thing parents can do is limit their own technology use to reduce the risks that come with it. Parents must set a positive example for children on appropriate computer utilization.