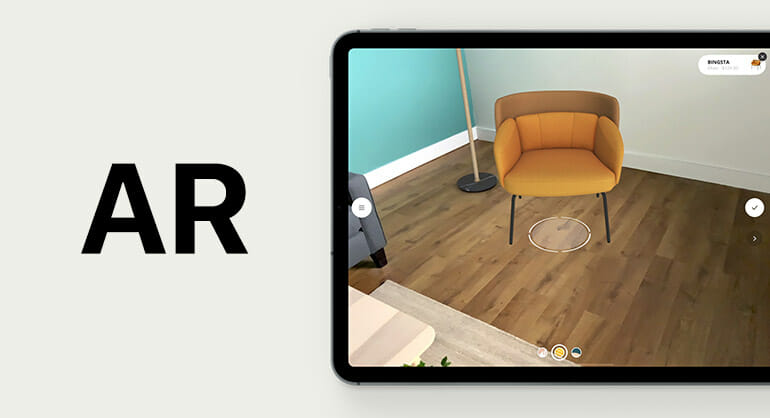 Since its inception as a science-fiction idea, augmented reality has advanced significantly. The fact that augmented reality (AR) has been around for more than 50 years may surprise you. Up until recently, designers could only dream about working on augmented reality-related design projects because the prices were so high. One of the most intriguing digital technologies today is augmented reality (AR), which is gradually rising to prominence. AR is anticipated to dominate the market, although frequently being eclipsed by virtual reality (VR). One prediction states that by 2023, the AR market will be worth between $70 billion and $75 billion, while the VR market will be worth between $10 and $15 billion. Virtual and augmented reality will generate almost $5 billion in healthcare income by 2025. Closer to $12 billion will be the gaming market.

Not bad for a technology that, with a few notable exceptions, hasn’t really left a lasting cultural impression. After what appears to be a break in AR innovation, the market is expanding incredibly quickly. Life as we know it is about to change forever because to virtual reality, artificial intelligence, and a general market trend towards everything becoming “smart.” For those who are quick enough to seize it, augmented reality will be (or perhaps already is) the next big opportunity in a number of industries. Here are a few of the major advances in augmented reality that we can expect to see soon:

More changes will occur in the retail industry over the next ten years than at any other time. Websites and stores will be similar to one another. The experience of shopping will be significantly influenced by a number of future technologies. One of those technologies, augmented reality (AR), is going to assume a major role. Artificial intelligence (AI), virtual reality (VR), and augmented reality (AR) together have the potential to significantly advance humankind. Buyers’ ability to see products would be greatly facilitated by augmented reality. Every e-commerce business will eventually need to take these technologies seriously if they want to keep a competitive edge in the extremely competitive market.

Think for a moment that your buyer wishes to purchase a sofa for your living room. When you open your application, a nice set of sofas is there, but you’re not sure how the couch would appear in your living room. If your program supports augmented reality, you only needs to switch on your phone’s camera and point it in the direction of the spot in the living room where you want to keep the sofa. When you do that, your program overlays a 3D model of the sofa onto the real-time view of the living room. Now, your buyer will find it extremely simple to picture the sofa in their living room. Smart displays and digital mirrors are other names for smart mirrors. They employ gesture recognition technology, augmented reality, and artificial intelligence. Fitting rooms will be a thing of the past thanks to the convergence of these technologies in smart mirrors that can overlay garments on your own image. You may quickly switch out of one costume for another by using the mirror as a virtual changing room. You can try dozens of various combinations in a fraction of the time it would take you to physically change clothes without having to go through the hassle of getting undressed.

Users will have increasingly accurate representations of how digital objects seem in physical spaces as technology advances. AR has the power to dramatically change customer experiences. With the use of these advancements, businesses will be able to communicate with consumers and assist shoppers make informed selections, hence lowering purchasing anxiety. A further intriguing feature for online sellers is its capacity to reduce the negative aspects of e-commerce returns. Customers are encouraged to spend more time envisioning and arranging things in the real world thanks to augmented reality, and they are no longer concerned about their online purchases. The customer experience could change thanks to augmented reality, which could also help consumers make wise selections.

Healthcare is already being disrupted by augmented reality, which is altering how doctors view patient data and their own data. It is used to educate patients and doctors, visualize surgeries, simulate diseases, and may potentially help save lives by improving patient treatments and results. Even during surgery, technology is reducing the risk of error by giving doctors 3D overlays to improve the visibility of organs, veins, and diagnosis reports. Augmented reality also plays a significant part in education by giving surgeons access to real-world simulated procedures without running the danger of making a mistake on a live patient. Even in the parietal lobe of a patient, a three-centimeter-wide brain tumor was removed by neurosurgeons using augmented reality. The capacity of AR to combine digital visuals with the actual environment is what makes this all possible.

The level of care patients receive from their healthcare practitioner can be greatly enhanced by augmented reality. First off, by keeping the most crucial information in front and center for the surgeon, the dangers connected with minimally invasive surgery (which entails creating a tiny incision in the patient’s skin and inserting medical tools) can be decreased. With AR, a surgeon can now wear smart glasses during the procedure and stay focused on the task at hand, minimizing errors and the need to multitask more than may be necessary. Previously, this type of surgery required monitors in the operating room to display vital statistics and images being delivered by an endoscopic camera. Even painful and unpleasant processes, like taking a blood sample, can be made a little bit simpler with the help of augmented reality technology. Doctors can simulate the eyesight of a patient with a particular ailment using apps. The management of a patient’s aftercare can be enhanced with the aid of AR technology. In order to effectively manage or eliminate a health concern after leaving the hospital, a patient might be necessary to continue with specific therapies. Keeping track of which medications to take and when to take them can be particularly difficult for elderly persons. By reminding the patient to take their medication at specified times or by enticing them to eat healthier and exercise more, augmented reality apps embedded in smart glasses can serve as a digital healthcare assistant.

The use of augmented reality in healthcare has two main benefits for doctors: first, it can help with education and training by letting medical students look up from their textbooks and better visualize the conditions they will one day be treating; second, it will greatly improve their ability to diagnose and treat patients by giving them access to real-time data and patient information more quickly than ever before. In order to help students learn the names of the bones and have a better knowledge of how the human body functions, apps can be used to overlay and display anatomical information on a 3D-printed human skeleton. Additionally, AR can be utilized to enrich textbooks themselves with useful and interactive components. By merely hovering an AR app over the relevant page in the book, a 2D image of the human heart may be transformed into a 3D beating heart with more information than a single diagram or picture could possibly provide. This cutting-edge component will be added to surgical procedures and medical imaging in an operating system.

The market for outdoor navigation is dominated by Google Maps. However, there haven’t been many attempts at indoor navigation. That will change when augmented reality develops. You may be pondering the significance of indoor navigation. But if you’ve ever gone to a sizable airport, a large hospital, a sprawling campus of a university, or a tall office building with illegible signs, you know that people get anxious when attempting to make their way there. However, thanks to the technology’s ability to depict a location in 3D with precise instructions on which turns to take, arrows, and distance indicators, even those who find it difficult to read maps may utilize AR to get comprehensive directions.

Although the use of augmented reality for search engine optimization is largely a new idea that hasn’t been extensively researched, this content management system is just as eager to watch the trend to develop search engine optimization tactics. The idea of two may appear dissimilar at first glance, but they actually complement one another more than they do harm. The fundamental idea behind how search results are shown across all search engines is the use of different algorithms. According to the unique terms and combinations that individuals use while searching the web, websites are ranked in this manner. The operation of these modules is influenced by a variety of circumstances, and the presented content must be pertinent to the user or person conducting the search. As augmented reality becomes more and more common, we may anticipate that certain combinations and permutations will work well with AR. Therefore, the possible usage of augmented reality will enhance and greatly expand the capabilities and operation of search engines.

The opportunity in search engine marketing has expanded tenfold as a result of the augmentation between digital mechanics and the physical world. In the area of semantic searches, the use of augmented reality can be thoroughly investigated. Because of this, customers are becoming more and more accustomed to expecting their needs to be met in a timely manner in the most accurate and appealing way possible. With the use of augmented reality, the emphasis is shifting to the use of geolocation-enabled applications as well as other apps that supply the information about the surroundings in order to have a marketing campaign and local SEO business based on the enhanced environment that surrounds the user. Consider a consumer who wants a coffee and scans the area with the aid of wearable equipment and a suitable application to learn everything there is to know about the brands, locations, and specialties of each café.