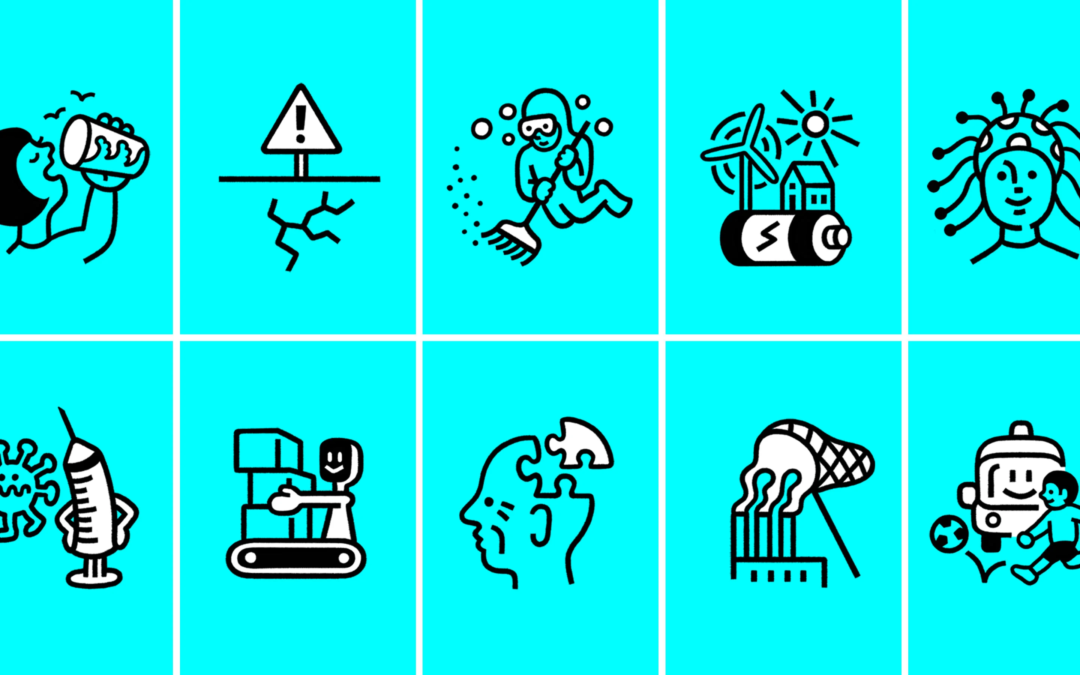 Since the dawn of written history, technology has assisted in resolving a number of global issues. Technology has, in some way, been shown to address a wide range of issues and enhance life in general, from the earliest stone tools to the most recent Martian rovers and everything in between. People have experienced issues such a lack of food and water, illness, natural catastrophes, poverty, and conflict all across the world. Electricity, the internet, computers, and cellphones are examples of technological innovations that have helped to tackle a variety of problems.

Removal of Carbon Dioxide from the Atmosphere

All of mankind is at risk from the increase in global temperature, yet the amount of greenhouse gas emissions that have been cut back is insufficient to do so. While removing carbon dioxide can be highly beneficial in this aspect, the technique is very expensive. Many new businesses are looking exploring ways to recycle carbon dioxide into synthetic fuels, carbon fiber goods, and polymers. Even while research into the removal of atmospheric carbon dioxide is still in its early stages, it has the potential to have positive effects in the future.

The majority of the small particles of plastic found in the oceans throughout the world come from plastic bags and straws, which over time have broken down into small fragments. The health of birds, humans, and marine animals is harmed by these tiny pieces. The millions of tons of plastic that poison the world’s oceans could take hundreds of years to completely clean, according to recent studies. Because ocean pollution is so pervasive, it is challenging to remove it in a systematic way. Systems for eliminating clumps of accumulated plastic are now in the prototype stage, but additional study is required for cleaning up beaches and rivers.

As more governments start providing incentives for its use, renewable energy sources are becoming more accessible globally. Their biggest weakness is that these sources don’t produce energy when there isn’t enough wind or sunlight. The cost of developing battery infrastructures large enough to power entire power grids is simply too prohibitive at this time. Long-term solutions to construct less expensive kinds of grid-scale energy storage that can endure for extended periods of time are being developed by scientists and startup businesses.

On Earth, there is around 50 times as much salt water as fresh water. The demand for fresh water will increase as the world’s population grows and droughts occur more frequently. Unfortunately, a technology like this cannot be implemented on a global scale. To make salt water usable for agricultural irrigation, research is currently being conducted into new kinds of artificial membranes and electrochemical processes. These methods could also be applied to increase the ease with which fresh water can be extracted from the ocean in the future.

On public highways, there have been thousands of driverless cars traveling millions of miles. Even while this technology’s maturity has advanced significantly, it is still not nearly ready for wider broad deployment. The management of erratic traffic and navigating bad weather are still issues that need to be solved. If these issues can be resolved, traffic congestion may disappear and the number of fatalities from traffic accidents will almost certainly fall drastically.

The devastating illnesses dementia and Alzheimer’s disease are well known around the world. Alzheimer’s disease is still not fully known at this time because a definitive diagnosis may only be made after a patient has passed away, and even then, there may be disagreement over whether the patient had Alzheimer’s or another kind of dementia. There is evidence that modern medicine may be able to mitigate the detrimental impacts of these disorders with the advancements being made in genetics and neurology.

Earthquakes are among the most catastrophic natural disasters. Scientists have recently made significant strides in storm prediction, but earthquake prediction remains mostly unattainable. Even a brief window of early warning, if technology existed to forecast earthquakes, would go a long way toward saving many millions of lives worldwide.

The human mind continues to escape neuroscientists’ comprehension; all of our ideas and memories are stored in the billions of interconnected neurons that make up our brains. Science in the current day still has little understanding of how exactly this encoding functions. Life-changing advances in the treatment of degenerative brain diseases and the cure for conditions like insanity and autism may result from our growing understanding of how our brains function. Additionally, this would create the possibility of brain-computer communication, which has an almost limitless number of potential uses.