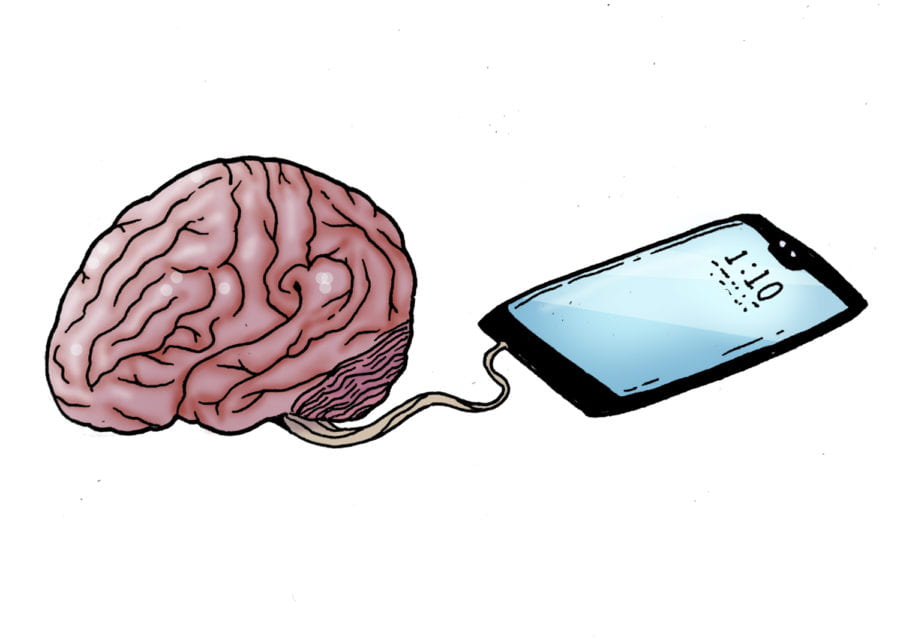 The majority of us are used to using our laptops, tablets, or smartphones every day. Technology is great for both work and play, but it can also be bad for your posture. People who often use technology and have poor posture are more likely to experience neck discomfort, back pain, eye strain, and other issues. It is incredible how many individuals are now “on the road” and working. More and more individuals are working while on the road, from the person who checks Facebook and email on their cell phone to the airline traveler who spends their seat time to work on a presentation or proposal on a laptop or tablet. The issue is that any attempt to use proper posture and/or ergonomics is complete fantasy.

A situation where employees have some flexibility in their working environment and schedule is referred to as telecommuting or telework. Workers who frequently use the Internet, laptops, and cell phones typically use it. They don’t regularly work from a corporate office for long periods of time. Instead, they conduct their business “on the road” and from home offices or automobiles. Of course, using these tools is not a requirement for employment. Nowadays, everyone uses mobile technology, which puts everyone at danger of the negative effects on their health.

In an effort to make the workplace safer and more productive during the past few decades, ergonomic concepts have received more and more attention. Regarding industrial injuries, this thinking has proved especially beneficial. Numerous industrial injuries have decreased, in part thanks to the widespread application of ergonomic concepts. The usage of mobile technology, both on and off the job, has not yet been significantly impacted by ergonomics science. Consider the laptop as an example. For desktop computers, there are many instances of ergonomically built keyboards, but laptop keyboards are flat and force the wrists into uncomfortable and risky postures. It practically begs for issues. The ergonomic issues are even worse when you add in the task of typing while using a laptop computer on an airline seat-back tray. In addition, tablet computers’ screens have built-in keyboards. They are not ergonomically designed as a result. Everyone also owns a smartphone, and the majority of them can send text messages. Even competitions to see who can send texts the quickest exist. However, it can’t be said that text messaging and ergonomics go hand in hand.

Inappropriate use of technology during the workday results in a health problem:-

Even some “new” issues related to poor ergonomics caused by contemporary technologies exist. Technology has long been associated with health issues, but there is no denying that these issues are growing more common. As a result of text messaging, “texter’s thumb” can form on the thumbs. DeQuervain’s tendinitis manifests itself in this way. The term “texter’s neck” refers to neck pain brought on by extended improper posture while using a smartphone. Additionally, “ear bud sickness” is spreading. It is the outcome of ear infections brought on by the continual insertion of ear buds into the ears when using mobile technology to listen to music, view videos, etc. A recent report in the Journal of Occupational Safety and Ergonomics found that neck pain affected 53% of smartphone users. According to a related study, 84% of users reported having pain in at least one body area. It would seem that continuous forward head posture associated with smartphone use is to blame for “texter’s neck.” We’ve all witnessed people clutching their iPhones against their ears by bending their necks, in addition to the forward head carriage. The person may be able to use their hands in this position, but it surely causes issues.

When utilizing today’s mobile gadgets, users may experience complications beyond bad posture and chronic stress. The heat produced by modern computers is noticeable. One study found that using a laptop while sitting actually raised the median temperature in the scrotum and decreased the number of healthy sperm cells. Additionally, skin burns could result from the heat from using a laptop on your lap. Additionally, it is important to remember that mobile devices utilise radio frequency (RF) waves. Although there isn’t any concrete proof connecting RF wave exposure to health issues, limiting such exposure is definitely a good idea. Nobody would ever consider wearing a microwave oven glued on their head, after all.

Steps You Can Take

Modern technology has greatly increased accessibility to our globe. Keeping in touch with people all the time and working in locations that were before unthinkable are now both possible. However, using this technology has a price. Today, a lot of our health issues are brought on by the improper use of technology. Once again, common sense wins out. There are clearly issues brought on by frequent and repetitive use. The most important piece of advise is to always take breaks, whether you’re using a laptop, iPod, smartphone, or anything else. Even brief breaks of a few seconds may be sufficient to lessen the muscle soreness that results from using these devices, especially if use necessitates an unfavorable body position. The use of microbreaks (10 seconds every 10 minutes) may minimize muscular weariness by as much as 20–50% over an eight-hour day, according to the ergonomic literature.Take breaks throughout your routine. Avoid answering multiple calls at once. Spend a few minutes unwinding your muscles in between calls. Avoid using laptops for extended periods of time. Set a 15-minute alarm to remind you to get up and move about. The bottom line is that exercise is healthy.